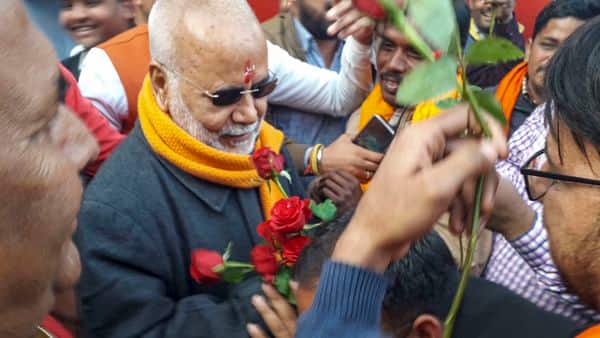 The Supreme Court on Friday agreed to hear the plea of the law student to transfer the rape case against former union minister Swami Chinmayanand from Uttar Pradesh court to Delhi court.

Senior advocate Collin Gonsalves, representing the complainant woman, submitted before the bench that the women apprehended a threat to her life in Uttar Pradesh, hence pleads for the transfer of the trial to Delhi.

A bench headed by Chief Justice S A Bobde agreed to hear the plea on 2 March. The bench also comprising of justices BR Gavai and Surya Kant asked Gonsalves to approach the administration for seeking police protection.

Gonsalves, however, said that a gunman has been given to her by the UP Police for her security.

Earlier also a plea was filed against the Allahabad High Court order granting bail to Chinmayanand.

The high court had on February 3 granted bail to Chinmayanand, who was arrested in the case of sexual exploitation of the woman studying law at a college run by his trust at Shahjahanpur in Uttar Pradesh.

Chinmayanand was arrested on September 20 last year under section 376-C of the IPC, a charge short of rape.

The section is applied when someone in authority takes advantage of his official position to “induce or seduce” a woman to have sex with him.

In a parallel case, the woman was charged with trying to extort money from Chinmayanand, whom she had accused of rape.

The high court had granted her bail on December 4, last year.

The Supreme Court had stepped in after the 23-year-old law student went missing for a few days in August last year after posting a video clip on social media, alleging sexual abuse.

A special investigation team of Uttar Pradesh Police, formed on the directions of the apex court, arrested Chinmayanand about a month later.

The SIT also arrested the student after a complaint that she and her friends had allegedly tried to extort ₹5 crore from Chinmayanand, threatening to make public videos showing her giving massages to him.

PTI contributed to the story