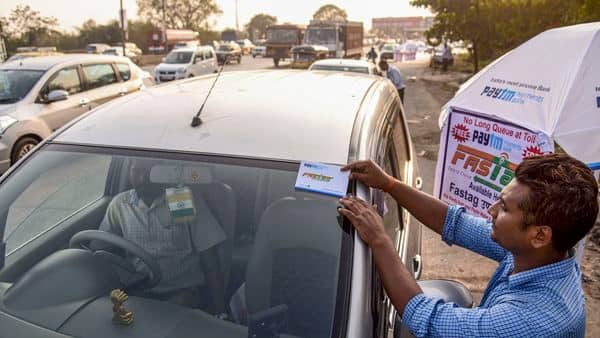 NEW DELHI: Road transport and highways ministry is speeding up the process of a complete shift to electronic toll collection (ETC) as it prepares to rationalize toll rates, a senior government official said.

“We are waiting for the ETC system to stabilize completely as 100% ETC via FASTags will increase transparency and attract investors. They (investors) will get more clarity on the monetary valuation of a highway project as they bid for it,” said the official on condition of anonymity.

Rationalization of toll rates will be part of the new toll policy, which is being prepared. The policy is being revised after more than a decade and is expected to incorporate changes suggested after a comprehensive review of the system.

Last year, Boston Consulting Group (BCG) had submitted a blueprint to the government, suggesting the best electronic toll systems for the country.

“The National Highways Authority of India (NHAI) is working on the proposed policy. Right now, the focus is switching to ETC (100%) so that the movement of each and every vehicle on the highways can be monitored,” another government official said, also on condition of anonymity. “The process could take around a year.”

Over the last few months, the ministry headed by Nitin Gadkari has been aggressively working towards mandatory implementation of FASTag, an electronic toll collection device fixed on the windshield of a vehicle, across national highways, to make Indian highways modern and efficient, with the use of technology.

Currently, more than two-thirds of toll revenue is collected via FASTags, the second official said.

The initial plan was mandatory conversion of all toll lanes to FASTag lanes across all national highways, effective 1 December, 2019, which was pushed to 15 December, because of technical glitches and to reduce public inconvenience.

However, the ministry relaxed the 100% ETC norm and said three-fourths of lanes at toll plazas will have to be FASTag-enabled, while the remaining can function as a hybrid model.

As of now, 535 toll plazas are equipped with ETC and the toll plazas had to mandatorily convert all their lanes to FASTag lanes, barring one hybrid lane. However, of the 535 toll plazas, 65 with high cash transactions have been exempted for the time being.

Electronic toll collection via FASTag was ₹1,622 crore in January compared with ₹536 crore a year ago.

FASTag was also mentioned in finance minister Nirmala Stharaman’s Union budget, indicating the Centre’s focus on its implementation. “FASTag mechanism encourages us towards greater commercialization of our highways so that NHAI can raise more resources,” Sitharaman had said in her budget speech on 1 February.